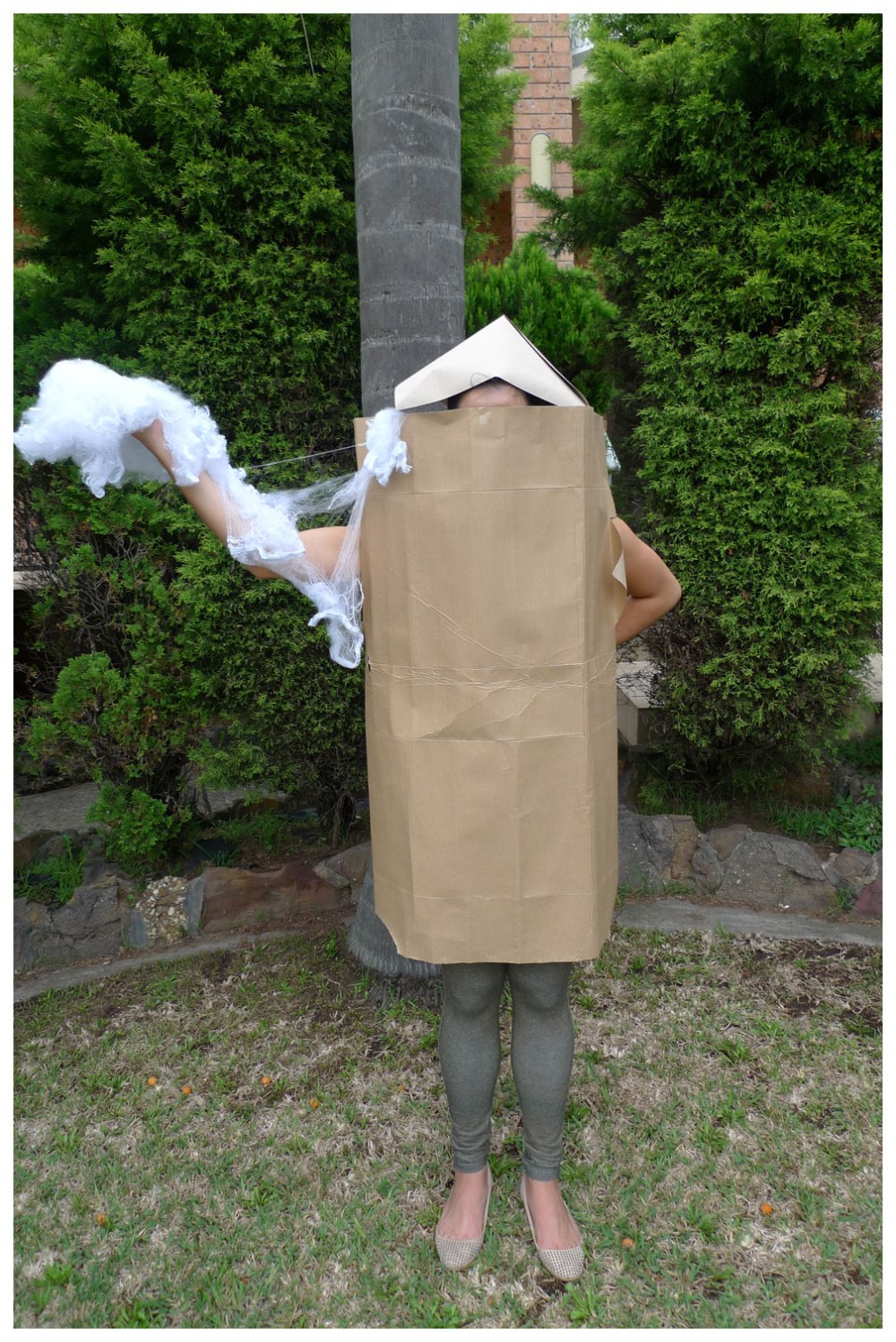 On February 28, 2013, Pope Benedict XVI will officially step down as acting head of the Catholic church. He is the first pop to resign in over 600 years and has done so due to diminishing health. Today, for this reason, I have decided to take on a Pope theme. The process for electing a new Pope is as follows:

1. Ballots are announced to the world.
2. The ballots are counted and bound together and burned in a special stove erected in the Sistine Chapel, with the smoke escaping through a small chimney visible from St. Peter’s Square. If the smoke burns white, it signifies the reign of a new Pope.

For this reason, I have dressed up as the Sistine Chapel chimney with white smoke billowing from it.