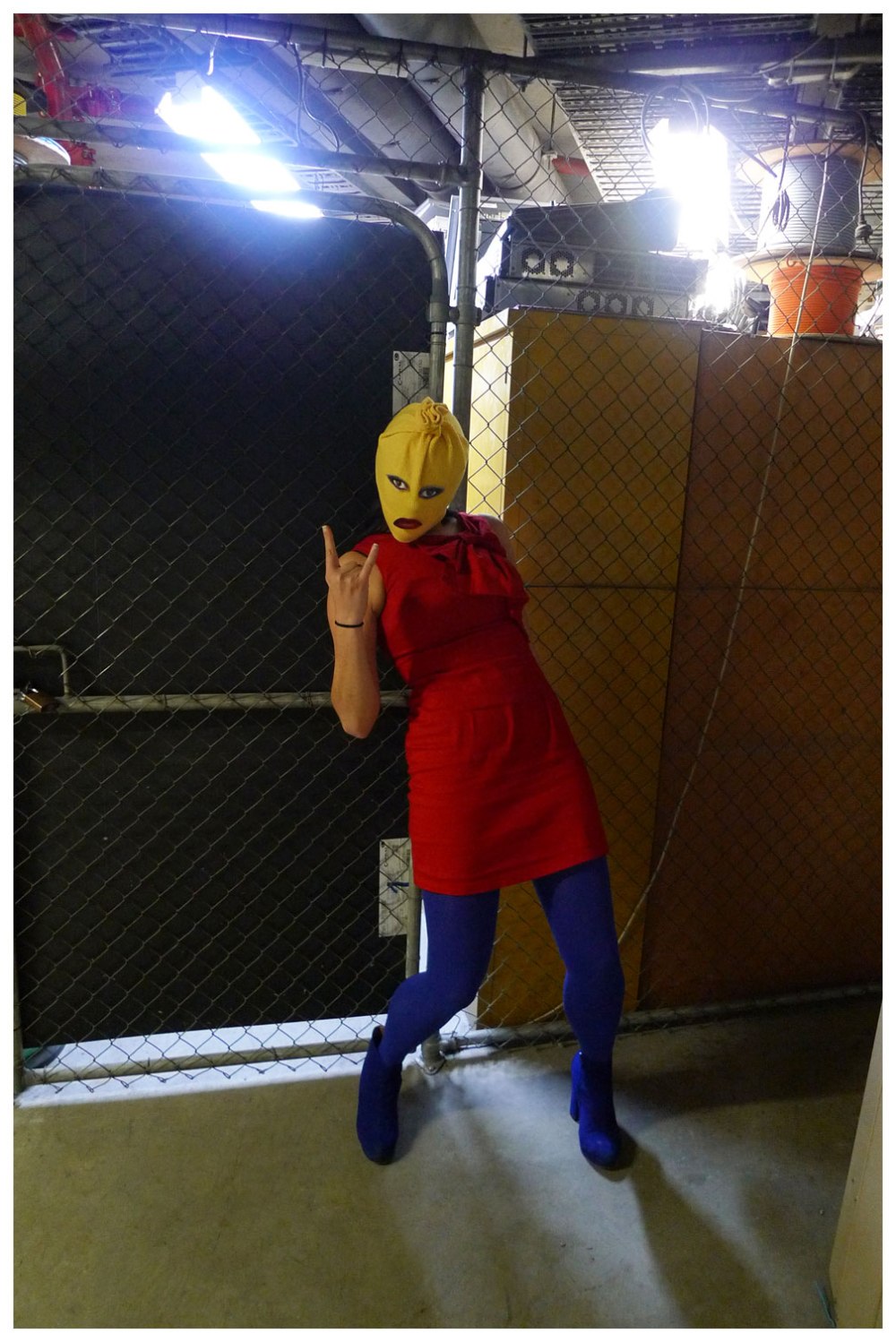 For anyone who doesn’t know, Pussy Riot is a Russian feminist punk band that staged a performance at a Moscow church tying the Russian Orthodox Church politically to  Russian President Vladimir Putin. Then on March 3, after a video of the performance appeared online, three of the group members were arrested and charged with hooliganism. This week they were sentenced to TWO YEARS in jail. This then sparked protests around the word in favour of the band and to call for their release.

Yellow Beanie: Yellow Boobtube turned into a beanie with stick on facial features so that I didn’t have to cut up my top