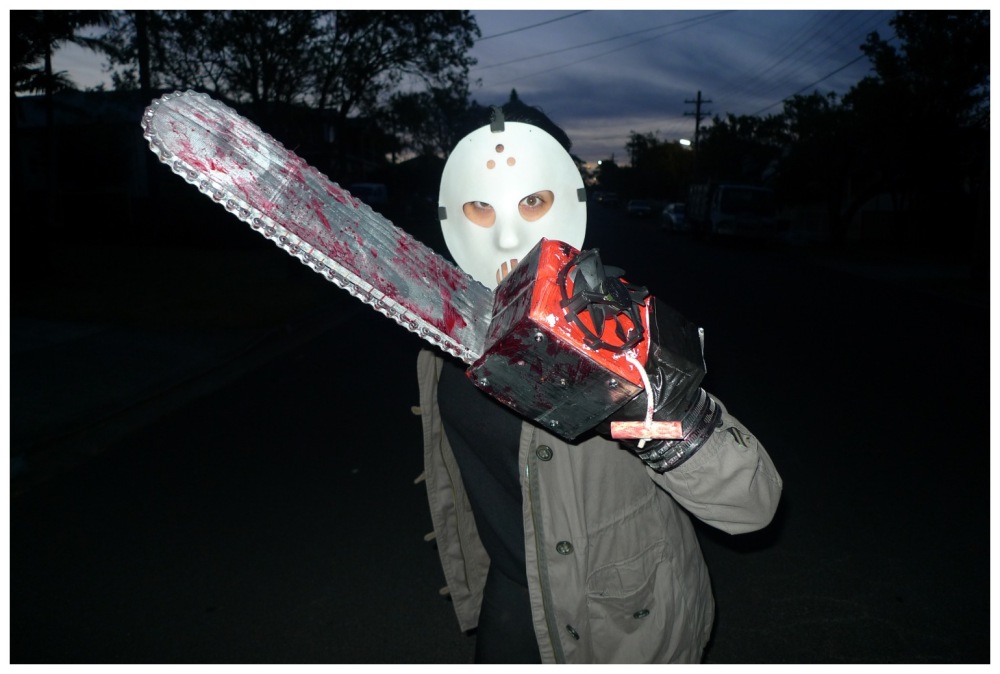 I would have watched my first horror film at age 5, from memory it was A Nightmare on Elm Street. So this goes to show that there was not a lot I was shielded from as a child…except for Friday the 13th. Of all the  horror films Friday the 13th was the only series that my brothers never subjected me to. So today I have taken that on as a theme and have dressed as Jason. Thanks go to my mate Toms for letting me borrow his awesome chainsaw arm that he crafted for a Halloween party.