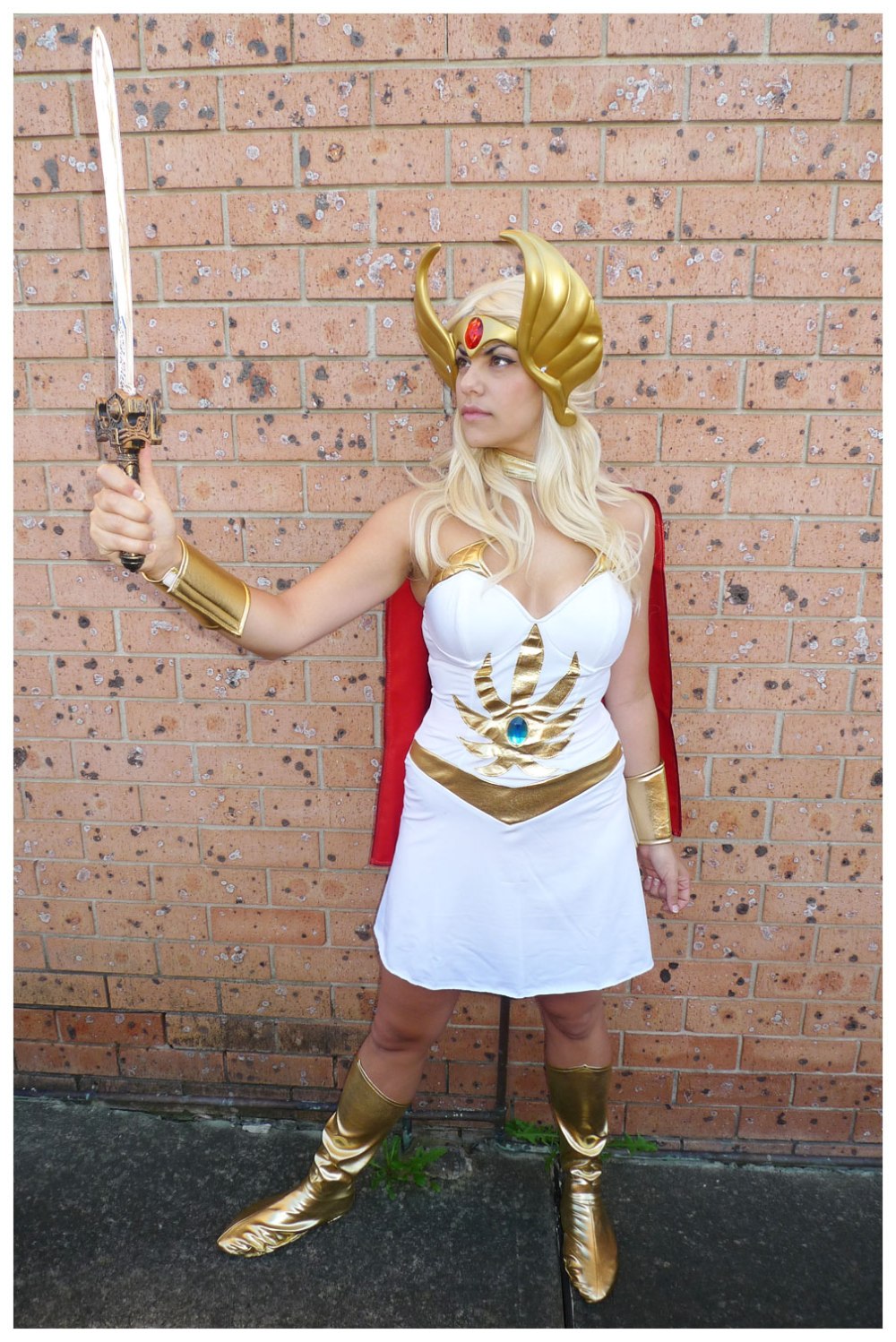 March 8 is International Women’s Day. It is also the first day/night of Secret Garden Festival which has been themed Sci-Fi Convention. So I thought I would kill two birds with one stone and dress up as She-Ra. (I later that night WON Female best-dressed as judged by the crowds applause. One of my proudest moments!)

She-Ra: Princess of Power is the twin sister of He-Man and has incredible strength, was fast-moving and had the ability to communicate mentally. She-Ra’s primary weapon was the Sword of Protection. This sword was almost indestructible and had the ability to deflect bolts of energy, both magical and technological, as well as to project beams of energy from the stone in its center. It also allowed her to transform from Princess Adora (her alias) to She-Ra. She-Ra was a powerful woman who influenced and inspired young girls around the world, so she was a perfect fit for these two themes! Fingers crossed one day a live-action film is made so that she can be introduced to a new generation of girls.

Also, I’d like to thank Delta’s Dazzling Costumes, and especially Lisa, who searched multiple times through their stocks, mid-warehouse-move, so that she could find this costume and help 7-year-old Mary live out her dream of being She-Ra.

Secret Garden photos courtesy of Tim Da-Rin and Future Historical Photography. Check out his site to see all of his amazing and ethereal photos of the festival.