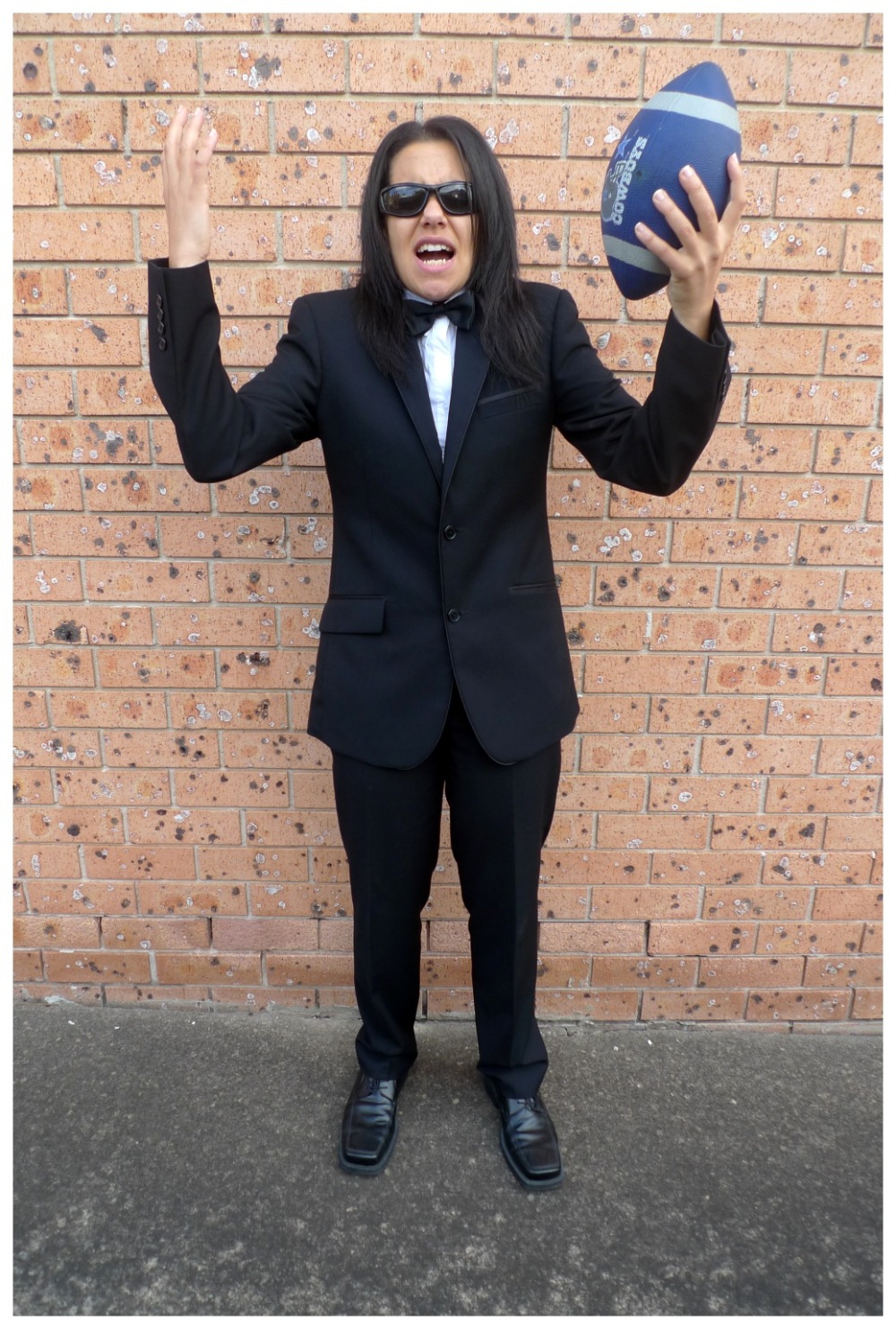 At the birthday request of my friend, today I take on the theme of The Room. The Room is a 2003 American independent romantic drama film starring Tommy Wiseau, who also wrote, directed, and produced the feature.  While the film is about a melodramatic love triangle between Wiseau, his fiance and his best friend, a significant portion of the film is dedicated to a series of unrelated subplots involving friends and family of the main character. This has led to the film being dubbed as “the Citizen Kane of bad movies” and one of the worst films ever made. It now has a major cult following that with fans for the humour found in the bizarre storytelling and various flaws. This film is hilariously bad and I HIGHLY recommend that you watch it, then and only then, will you understand my dressing as Tommy in a tuxedo, holding a football.